Inspected the petrol tank. Drained it of all petrol. Found the sender units rattling around the interior and managed to get it to fall out of the hole. Safe to say this is now u/s, so with the dent in the fuel tank, have now decided to replace with a new tank and sender unit.

Attempted to remove the old electric fan brackets with the rotary tool. Broke two cutting disks before giving up. I will return to this with better tools. Released the remainder of cables and wires under the bonnet. This involved pushing them through the grommets into the interior, of in the case of the bonnet catch, its removal. I was then able to put the loom into a heavy duty black plastic bag. The under-bonnet is now ready for paint.

Used drill mounted wire brush to clean up the engine bay under the scuttle. I then concentrated in the area around the servo to attempt first under-bonnet repaint. I applied the Nitrmors which did its usual job, however, removal of the paint is more difficult in the engine bay because of all the angles and curvature. Anyway, I scraped the paint back to a patchwork of bare metal and brownish primer, then wire-brushed and rubbed with 80 grade paper. Just for fun, I then dried it out using my new LED heat gun and sprayed it with etch primer. I got a couple of drips due to rushing it a bit and the finish is patchy due to not being rubbed back fully. Anyway, it was a useful experiment and if the finish does not get much better, it would be okay to live with, especially if I use a high build primer and rub it back between coats.

Vacuumed the whole interior and collected up all the parts cluttering up the inside. Put all parts in storage boxes. 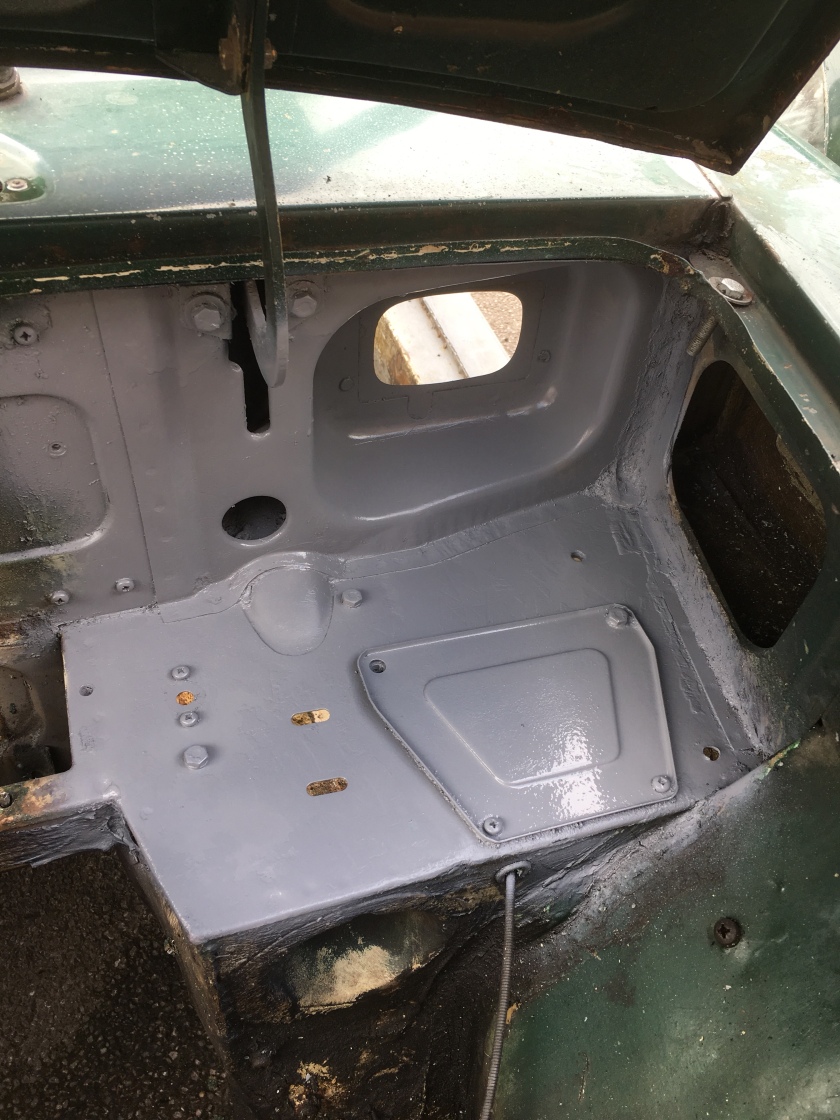