Had time to tackle a couple of jobs today, and I had requested some help from a friend John who is very mechanically adept. Having pushed the MG put into the sunshine, John arrived and I described the task. This was the somewhat intimidating job of drilling into the bonnet and rain channels to fix the brackets for the gas struts. I wasn’t confident about this so invited John to do the drilling. John taught me that drilling into metal requires a slow drill – how did I not know this at age 48? Because my school did Latin, not metalwork that’s why. A slow drills keeps the temperature low and allows room for the swarf to move out of the way. John insisted on lots of protection to the bodywork and we covered and masked the relevant areas and he drilled expertly. We couldn’t finish the job completely as we had touched up the holes with paint and it needed to dry. But a great job done and more learning for me. Thanks John. 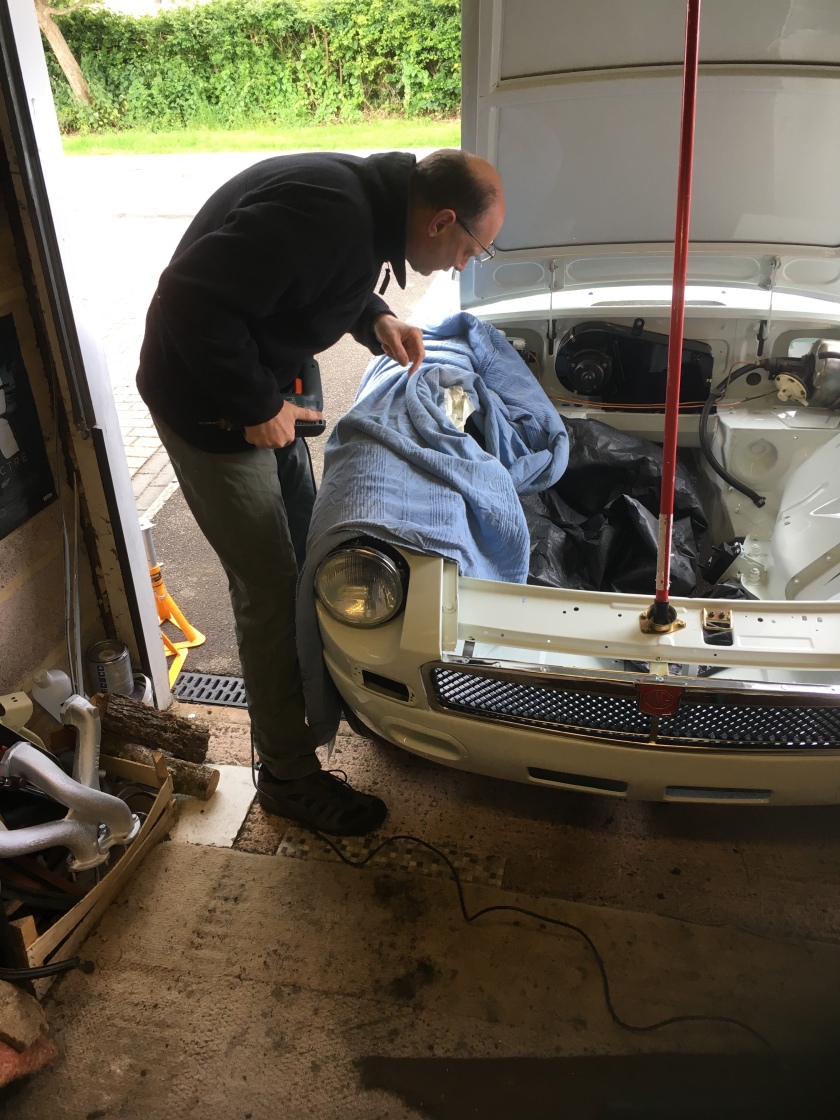 I was flying solo in the afternoon so focussed on completing the brake lines installation which required me to fit the remaining rear pipe and front to rear pipe. I decided to also fit the new fuel line from front to back while I had the car jacked up as this runs alongside the brake pipe. Broadly it went well although I ran out of time with a couple of brackets to go I tied the pipes up loosely with cable ties. I figured it was better to leave it until I had time to do it well than rush to an artificial deadline. Spending time under the MG is always a bit challenging. Today it was removing the fuel pump which was in the way of the pipe installation and needed to come out so I can fit the new hoses in due course. During the removal of the pump I was showered with dust and crud left over from when it was blasted, sort of a MG facial treatment which was probably quite exfoliating if you like that sort of thing. In the images below I have the jack still in place. The car was of course on axle stands, but I left the jack in place with a little pressure as additional safety. So there. 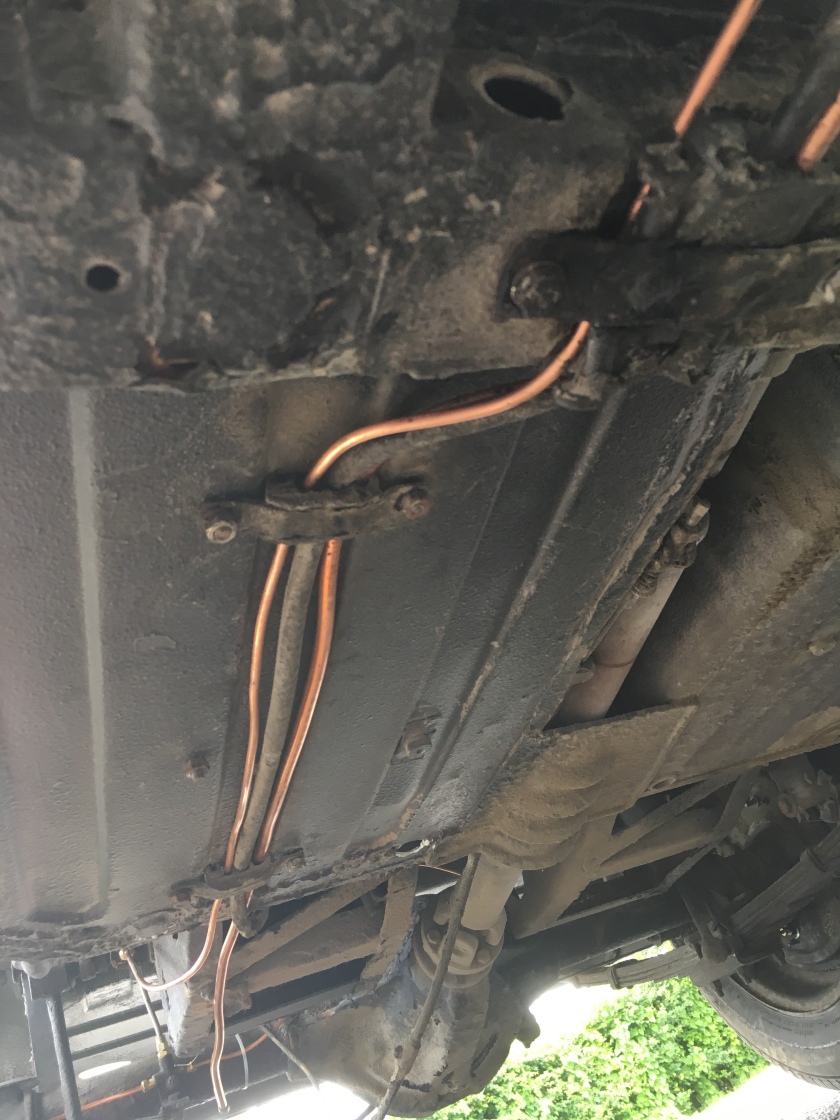